I’m supposed to be doing the final edits on the journal version of this old paper of mine (jointly with Greg Sorkin and David Gamarnik), but I’ve thought of a way to procrastinate.

, I’ll make a quick blog post about verifying this claim numerically (in python with networkx). This also gives me a chance to try out the new networkx, which is currently version 1.0rc1. I think it has changed a bit since we last met.

Looping through that a few times can generate a plot to verify the claim in Theorem 4: 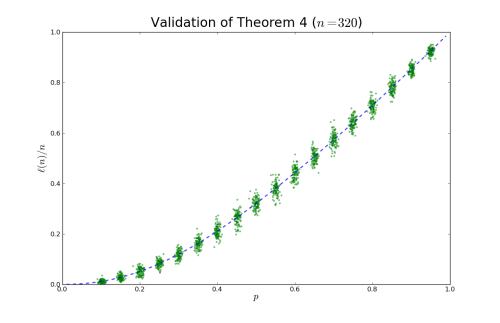 The paths themselves looks considerably cooler a on square grid instead of a width-2 strip:

2 responses to “ACO in Python: Shortest Paths in NetworkX”