Comments Off on OHSU BD2K material on data visualization

I made a little game for a seminar on data visualization. Can you test it out for me? http://mybinder.org/repo/aflaxman/iths-communicating-results-visually-2

But there are a lot of metrics to use for this comparison, and a lot of ways to show them besides a four-colored map. Find a country of interest from their map, and then make a detailed comparison on the GBD-Compare tool: China, North Africa/Middle East, United States.

Comments Off on IHME data in Economist viz

A few months ago, I had great success invoking the internet to come up with the “hello, world” of statistical graphics.

There are some exciting new developments in javascript-based plotting, and this graphic is just the thing to compare them. D3js has conquered the world in recent years, and is something that my colleagues are starting to think they need to know. Meanwhile, one of the d3js instigators has unveiled the next in his series of revolutions in data visualization, Vega. This is still in development, but may be more appropriate than d3js for routine plots. And it was very soon after the Vega specification and runtime appeared that a python package for it was also released.

Here is an IPython notebook comparing all of these options. The notebook doesn’t save javascript in a way that redisplays, but if you put it in your own notebook server and execute all the cells you should see something like this: 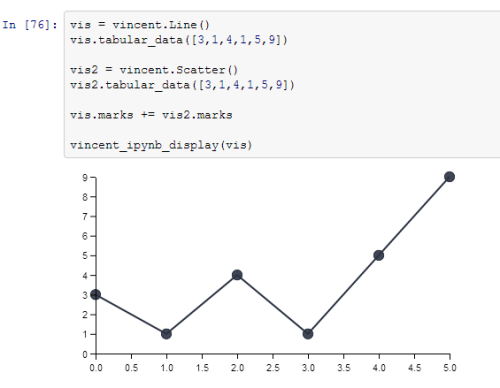 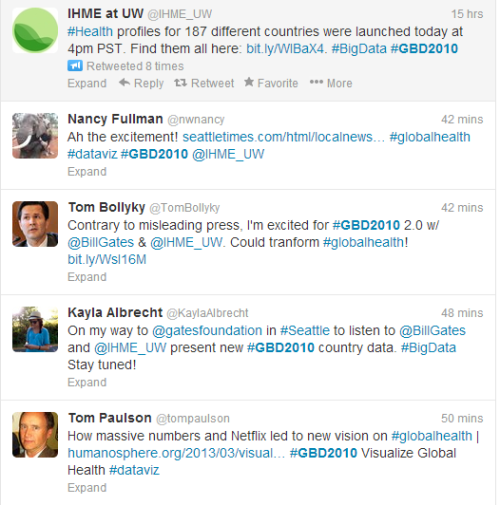 Comments Off on GBD Country-level Visualizations